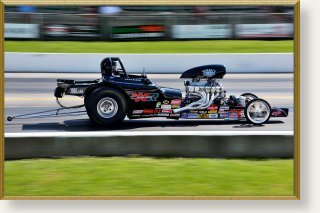 Another weekend, another race ;)  Not that I’m complaining though.  As one of the guys I went with so elequently put it yesterday, “A bad day at a racetrack is better than a good day at pretty much anything else.”

The 2016 Jegs Sports Nationals were held at Beech Bend Raceway on May 26-29 after a 35 year hiatus.  The event was held at Beech Bend from 1974 to 1981 and returned this year.  I went on Sunday with some friends and it was great.  I don’t know how many cars were entered in the race but I did hear the announcer state that the Super Stock class alone had in excess of 120 entries.

While the weather forecast showed a 50% chance of rain it did stay away throughout the day.  In-and-out clouds were present all day, and it was rather warm with a high close to 90°.  Still a great way to spend a day, and as usual I had a great time.